back to search results

The family of Sen. Clementa Pinckney watches as a South Carolina Highway Patrol honor guard carries the casket carrying his remains into the South Carolina Statehouse on June 24, 2015 in Columbia, South Carolina. On June 17, 2015, nine people were shot and killed inside Emanuel African Methodist Episcopal Church in Charleston, South Carolina, where Pinckney was the pastor, during Bible study. A suspect, Dylann Roof, 21, was arrested in connection with the shootings. Photo by Kevin Liles/UPI 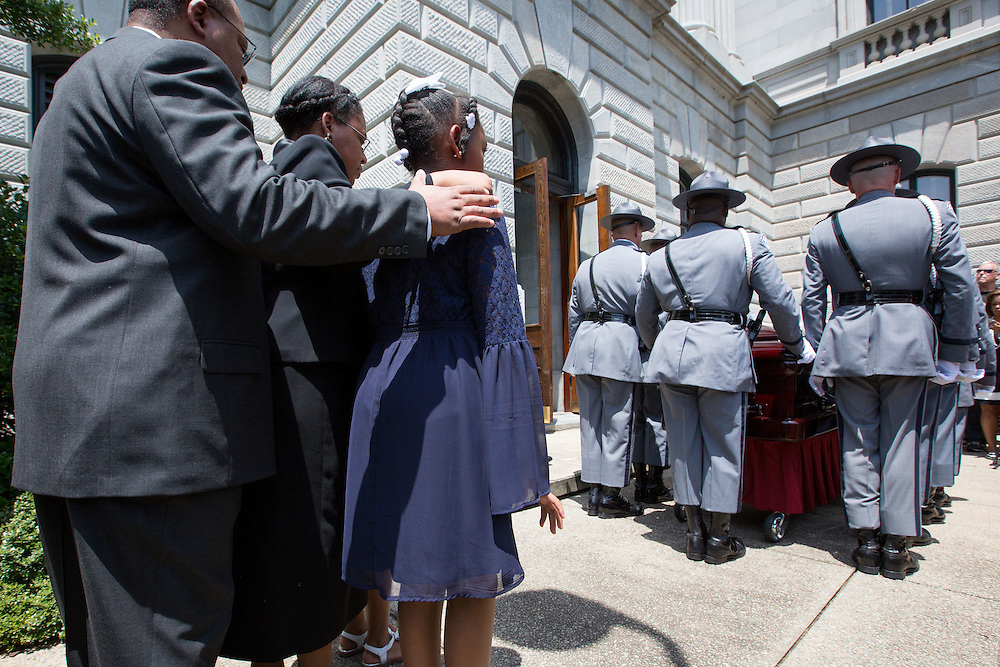