Scorpion, his militia call sign (he did not want to give his full name), a member of Georgia Security Force III%, participates in a training course built for the group on private property near Jackson, Ga. This photograph was taken on Saturday, April 1, 2017. Photo by Kevin D. Liles for BuzzFeed


Shot during a FTX (field training exercises) weekend for Georgia Security Force III% militia, as well as some members for the South Carolina Security Force III%. GSF III% is part of the umbrella group, III% Security Force, which includes groups from several states. Chris Hill (Blood Agent), commanding officer of GSF III%, is the founder of the Security Force movement. According to him, GSF III% membership fluctuates between 30-50 members and growing by about one member per day. GSF III%, as do the other groups, train one weekend per month. 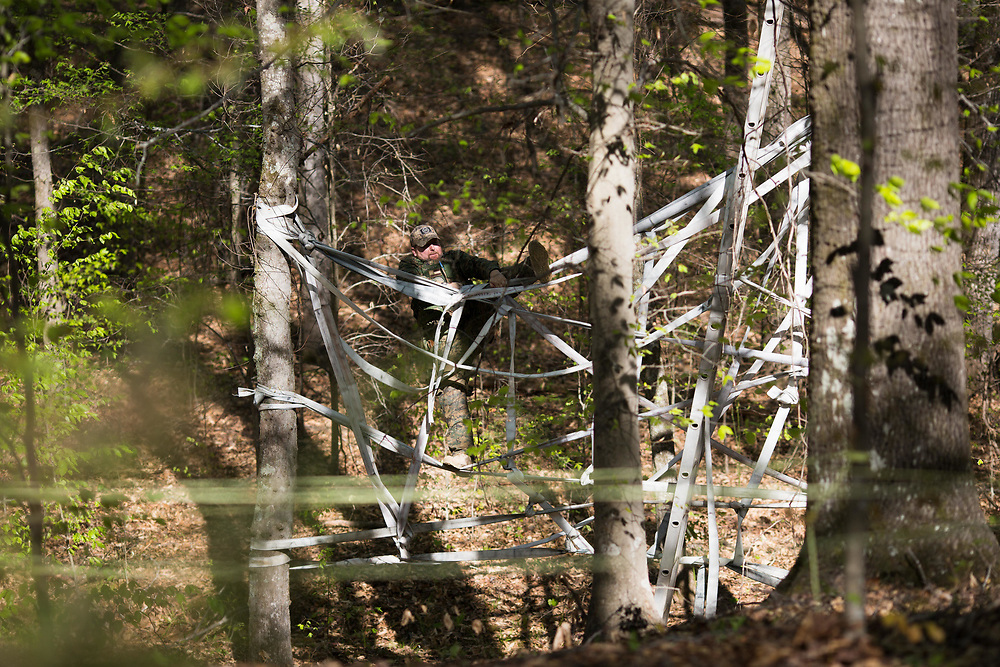