The back room of Georgia Peach Oyster Bar in Paulding County, Ga., features a KKK member sitting between caricatures of President Obama (back right) and Hillary Clinton. Obama's caricature is holding a sign that reads "America's Porch Monkey. Commander and Chimp!" The bar and restaurant is owned by Patrick Lanzo, who says he is on the FBI's Terrorist Watchlist for many of the controversial things he has done, including placing signs out front of his business that read "Obama. A vision of a dream. James Earl Ray." This photograph was taken on Thursday, July 2, 2015. Shot for a story about changes occurring in the South following a heightened national awareness and sensitivity concerning the Confederate battle flag. Photo by Kevin Liles for The New York Times 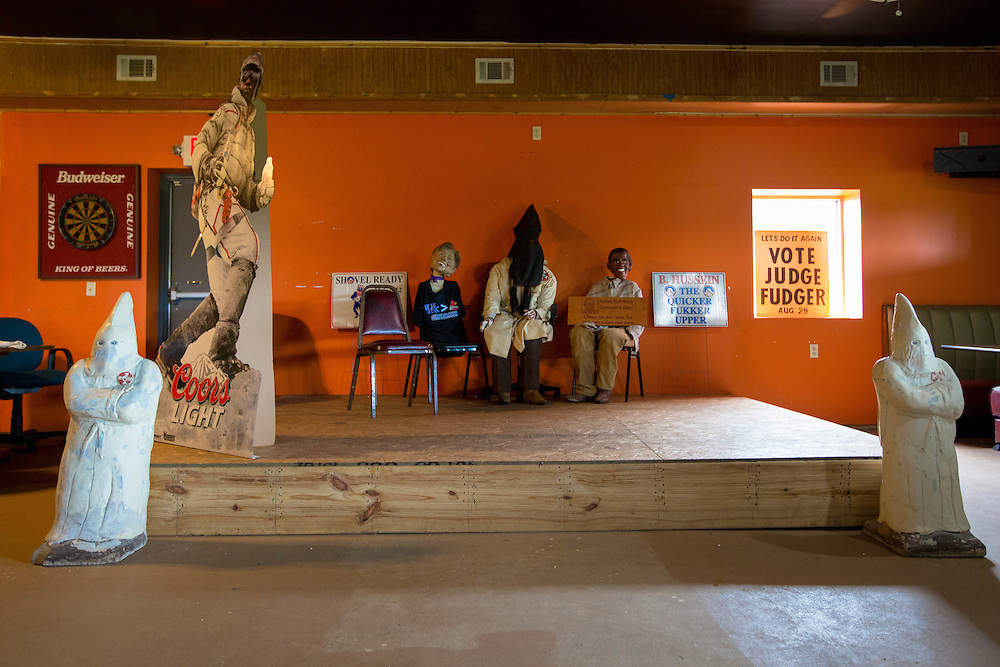