Cezar McKnight (right) and John King, both Democratic members of the South Carolina House of Representatives, celebrate after the chamber voted to bring down the Confederate flag at the South Carolina State House in Columbia, South Carolina early in the morning on July 9, 2015. The bill now goes to the governor. The vote comes in the wake of the nine people killed at Emanuel African Methodist Episcopal Church in Charleston, South Carolina on July 17, 2015. A suspect, Dylann Roof, 21, has been indicted for the shootings. Photo by Kevin Liles/UPI 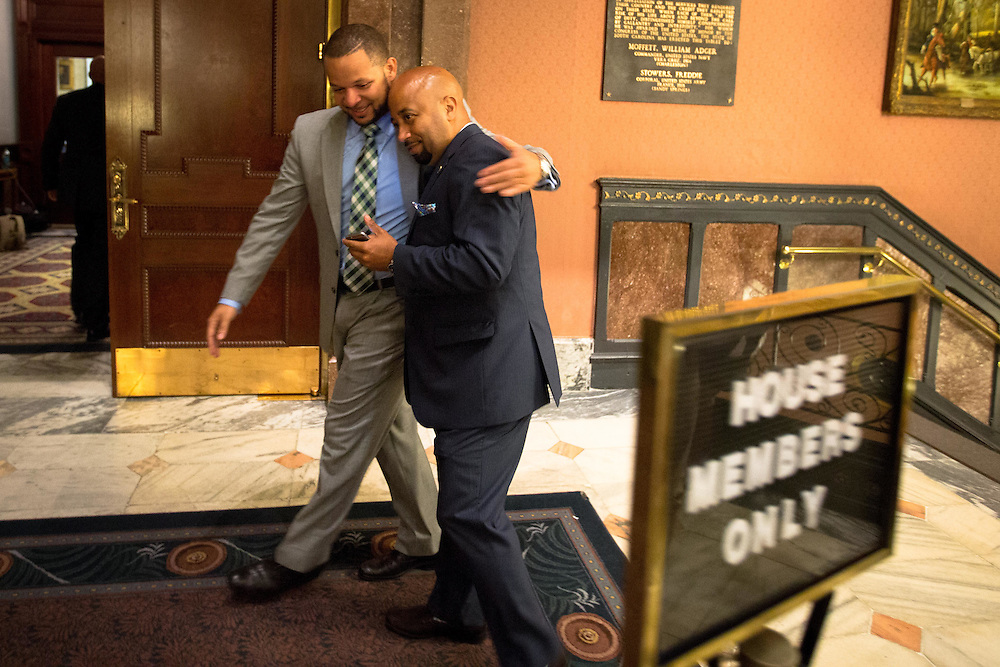