Bill Stanfill's football card from his last season (1976) in the NFL, photographed at the home of his son, Stan Stanfill, outside Athens, Ga on Wednesday, January 22, 2020. Bill Stanfill's children are going public with the fact that he suffered from CTE. Bill Stanfill played several years for the Miami Dolphins, including their famed 1972 season in which they went undefeated and won Super Bowl VII. Photo by Kevin D. Liles for The New York Times 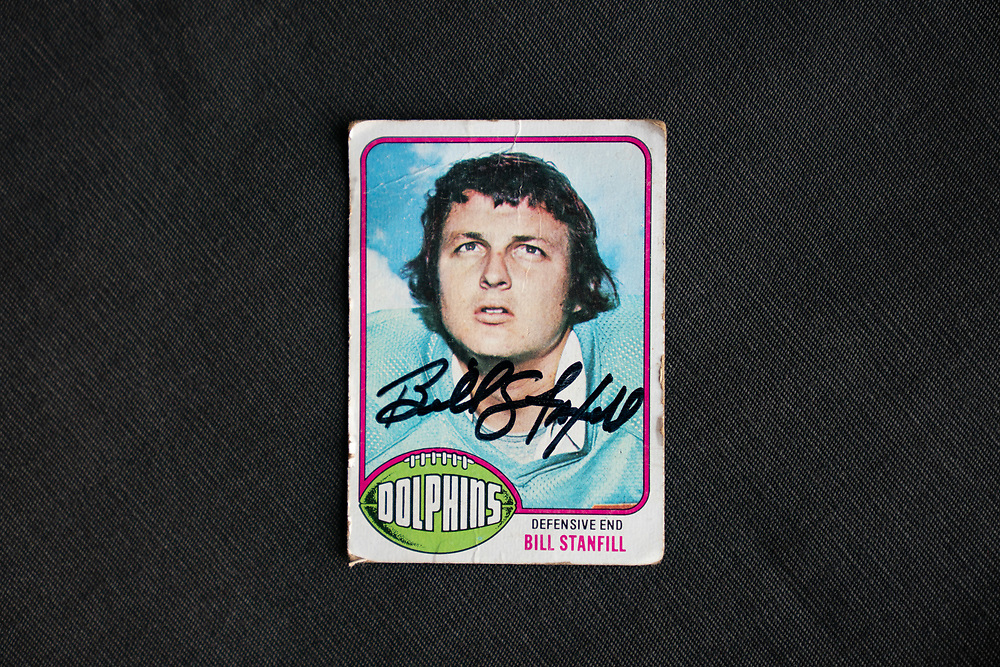